You’re at that point in your D&D maturity where it’s time to DM. Which adventure should mark your entry into the realm of the Dungeon Master?

For many, The Lost Mine Of Phandelver is perfectly suited to this purpose.

Firstly, The Lost Mine of Phandelver is a “first adventure” in the world of D&D. It’s in its fifth edition, and aimed at characters just starting out–first level up to the fifth level. Essentially, you can play the “lazy dungeon master” role and let your party decide many things; primarily acting as a presiding force.

However, if you want to do things right, that will involve at the very least getting an idea in your head what you’ll be doing.

Following, I’m going to briefly explore The Lost Mine of Phandelver to help give you an idea of what you’ll be working with, and how to have the best adventure with your party. 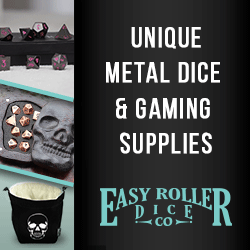 Overview of the adventure:

It’s a relatively small “module”, and can be completed in anywhere from four or five to ten missions:

That could be twelve hours, two months, or a year–depending on how intensive you get. Basically, this module is a series of sandboxes stacked one atop the other.

There are often shortcuts through certain areas if your party isn’t “feeling” things, or there’s a lag. But if you’re having fun as a group, and decide to pursue an adventure, there’s ample material.

Following are Lost Mine of Phandelver tips–a digital DM guide helping you preside like the wizened sage you are inside. 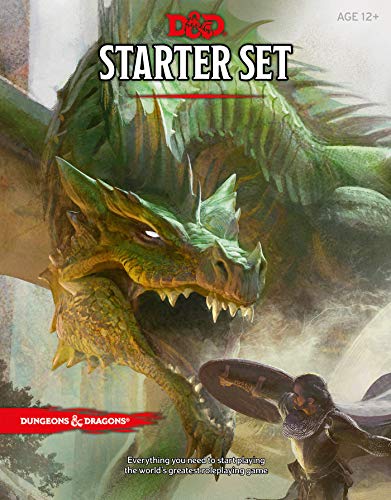 Let’s start with a brief walk-through:

Also, you may be interested in checking out our huge guide for selecting the d&d 5e modules for your adventures. There you will see more about the rest of the adventures from the fifth edition.

Part One: The Goblin Arrows

Starting out, you’ve got a few options:

You can pursue the story “hook”, which involves Gundren Rockseeker sending a bunch of “pre-generated” characters on a transportation mission to Phandalin, where they will rendezvous with him and Sildar Hallwinter. Pre-generated characters can be good for those who aren’t familiar with D&D.

However, this isn’t the strongest “hook”. You may want to give characters separate back-stories, rolling die to determine varying attributes. What works best for you and your party will depend on how you want to run things.

You want to make it imperative that the party should proceed to Phandalin. Otherwise, they’ll end up in one of the areas of the game (like Neverwinter) where there are dangers they’re not prepared to face, and a TPK (Total Party Kill) could end your quest prematurely.
Nobody likes premature resolution.

What happens on the road to Phandalin (under hook title “Meet Me In Phandalin“), is that your party will be attacked by some vicious goblins. You don’t want to pull punches.

Now: you can have Goblins distracted, it’s permissible to give your new players a little advantage. But be brutal.
You’re right at the beginning. If players don’t respect the environment they’re in, this is a great place for them to learn. So being a bit brutal here is a good idea, but there’s certainly balance!

Part Two: The Town of Phandalin

Phandalin is a little town filled with side-quests that has an interesting history which can be discovered by degrees.

So essentially, there’s this place called Wave Echo Cave where no end of magic shenaniganery went down centuries in the past until, as such things do, everything blew up in everybody’s faces, leaving a bunch of magic residue all over the place.

There are zombies, creatures, and all manner of strangeness in those dampened dank and dark corridors–excellent fodder for adventure.
Now there are a bunch of bad guys, wizards, plotters, villains (like Nezznar the Spider and Venomfang) who want access to, or guard access to, the magical treasures of that cave.

You’re going to encounter a number of NPC (Non-Playable Characters) personalities, innkeepers and the like running about the town of Phandalin who have information pertaining to these things.

They will give you clues and help your party mature. Many choices can be made, and there’s a lot of sandbox opportunity here.

One thing that’s interesting are the doppelgangers, who are a pair of characters that are antagonistic, and which you can weave in and out of the storyline as a DM–more on that later.

Part Three: The Webs Of Nezznar The Black Spider

You can do better:

For The Lost Mine of Phandelver, there are a lot of opportunities here.

Have “random encounters” be spies or assassins sent out by a nefarious hidden force to stop the intrepid adventurers in your party. Foreshadow this “boss” a bit so that you can make the overall encounter more interesting.

Make Nezznar The Black Spider a “drider“. If you’re unfamiliar, “drider” basically refers to a boss that becomes more dangerous when it absorbs a certain amount of damage.

Wave Echo Cave is a massive sandbox area that can take forever to totally explore.

As in the RPGs modern generations are familiar with digitally, there are advantages to exploring:

Treasures, magic potions, spells, side-quests, and more await the avid explorer. But you don’t have to explore too long. As DM, you can put some things in front of characters that drive them to the overall resolution of the game: your confrontation with big bad green dragon Venomfang.

Now Nezznar The Black Spider was just a mid-boss, but this guy is the “big cheese”, as it were, so you want to play him conniving, cunning, smart, and tough.

There are many points in earlier portions of the game where a battle between your party and this dragon may take place, it’s best to build things up. Did you ever play Chronotrigger on the SNES? Think of this like the battle with Chronos.

Start In A Tavern

You may want to start in a tavern:

Taverns have a certain psychological “flavor”. You can just see the low-lighting spackled with shadows dancing from a roaring fire, glinting eyes of bad, good, and questionable characters flashing from every booth and corner in the dimly-lit establishment–or, it could be a place of gaiety and gypsies; you’re the DM, figure out what your players will like best.

From the tavern, you can bring in the money opportunity to transport the dwarf’s goods to Phandalin. You can establish the characters as poor and in need of money to help drive them. 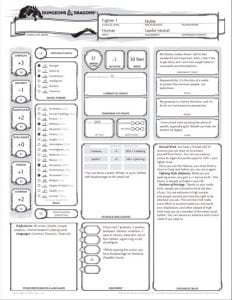 Now pre-generated “starter set” characters can be a good thing:

Have you ever seen Mystery Science Theater 3,000? This is a show where the writers mocked old movies mercilessly. That’s not an attitude you should bring or encourage in the game–for the most part–however, there can be a place to play pre-generated characters as “larger than life”. This can be fun for those unfamiliar with the game, and help them to get centered in play.

As a DM, you can take side-quests on your own to build up your character as a means of enhancing the quest. You might DM as a pre-generated character–again, as a means of helping guide players.

Use the Pre-Generated Backgrounds

The Lost Mine of Phandelver takes place in the traditional backdrop of the D&D world.

However, one of the important aspects of this game is that you can totally design your backdrop.
Certainly, pre-generated backdrops have their place. They can help act as a frame of reference.

Still, if you’re new at the game, just sitting back and reading through the book as you go–using their backgrounds–helps anchor you.

Adding Urgency To The Hook

This was touched on earlier. You need to make the hook something that resonates with everybody:

Tip:
The accompaniment of goods to Phandalin isn’t all that interesting. It can work if you can’t think of something, but why not narrate a little action? Maybe one of your characters is on the run from a hidden enemy (that turns out to be the doppelgangers maybe), and so that individual compels others to accompany them. There are a lot of ways to do this. Use your imagination.

The First Taste Of Battle

When those goblins attack you on the way to Phandalin, here’s what you do:

First, as mentioned, don’t go easy on your party. They need to know that serious consequences await poor choices. Second, throw varying things at them as you can.

It can help to have it just before they get to town, so they have an opportunity to rest up and collect themselves.

Get Characters To Level 2 Quickly

Many threats in the game exist which can initiate TPK for players under level two.

The quicker they can level up, the more efficiently they can play, and the more strong a hand they can take in the adventure.

Find ways of having random encounters with relevant and irrelevant villains, monsters, and beasts. You can even put side-quests in front of your party without them knowing any better.

Vhalak and Vyerith are “doppelgangers” who work for The Black Spider, they’re maneuverable:

Firstly, you can have them “appear” to be other people, like NPCs. Doppelgangers take on the form of others to disguise themselves.

Secondly, you can pepper them in all over the place, because owing to their mimicry, they can be anywhere at any time.

You can create your own side-quest around them, and use them as a sort of “McGuffin” for varying plot or party-enhancement needs.

Venomfang can TPK your group with impunity. As mentioned earlier, he’s like Chronos out of Chronotrigger. You can fight him earlier than the final areas of the game, and it will likely end you.

Tip:
Play him strong and cunning, make him a real threat, and find ways of leading up to his revelation; with subtlety that increases until it’s time to confront him.

Don’t Be Afraid To Spice Up The Villains 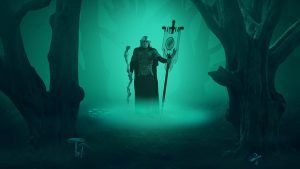 Villains here have been drawn with a broad brush precisely because this allows you to use your imagination:

Maybe some villains use spells to travel through time, or reference characters from the future.

The spicier, sneakier, and better motivated your villains are, the more invested your party will be in the campaign.

Additionally, it’s fun in general to think up these characters and put them through their paces.

You can change the names of the villains if you like. You can totally alter their nature. The Lost Mine of Phandelver could be on some moon in the Skrelkar star system, where magical rule brought an advanced civilization back to the dark ages, and only Venomfang, incarnated dragon piloted by the soul of the elvish Snill, remembers. The Lost Mine Of Phandelver is, in terms of adventure, itself a sandbox.

Be sure you don’t go too over-the-top; based on the roll of the dice, some of your ideas may not come to fruition. Also, it’s a game, and you’re like a referee. Overthink it too much and the game won’t stay in play, then nobody has fun.

Conclusion: Revealing The Treasure Of The Lost Mine Of Phandelver

The Lost Mine of Phandelver is an excellent D&D module for those who are familiar with the game, and those who are entirely novices.

There is a lot of room for imagination, but plenty of back-story to keep the adventure moving as those new to D&D find their bearings. If you’ve never been a DM, this is a great module to start on.

Hobbyinspired.com is a participant in the Amazon Services LLC Associates Program, an affiliate advertising program designed to provide a means for sites to earn advertising fees by advertising and linking to amazon.com. Amazon, the Amazon logo, AmazonSupply, and the AmazonSupply logo are trademarks of Amazon.com, Inc. or its affiliates.